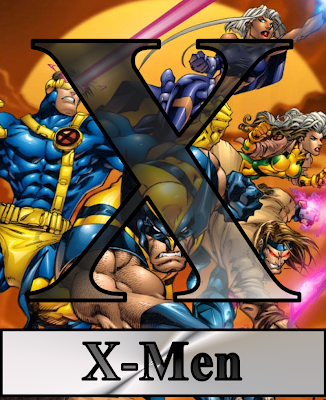 Hot off the heels of Wolverine come the X-Men.

The X-Men are quite a bit different from other superteams like the Avengers or the Justice League of America. While the latter exist basically as excuses to throw a bunch of popular heroes together, the X-Men are a group of mutants hand-picked by Professor Xavier to prove to the world that mutants aren't the bad guys. So while the Avengers and JLA assemble to confront whatever evil is conjured for this week's Super Comic Event, the X-Men tend to serve as an allegory for human freedoms.

The parallels are definitely there in terms of race relations, anti-Semitism, and sexual orientation, with the characters' mutant traits standing in for other civil rights causes. Professor X has taken these disaffected members of society and tried to teach them to use their powers for the benefit of humanity. In turn, he hopes the X-Men will prove mutants are a benevolent force that humanity should embrace instead of shun.

The X-Men will certainly stop a random purse snatcher if they encounter one, but their real nemeses are intolerance and fellow mutants who believe mutant-kind is above humanity and should rule it.

Monday: The epic conclusion to my Superhero ABC's!

W is for Wolverine
V is for Villains
U is for Uniform
T is for The Tick
S is for Spider-Man
R is for Robin
Q is for The Question
P is for The Punisher
O is for Origin Story
N is for Nite Owl
M is for Metropolis
L is for Lois Lane
K is for Kal-El
J is for J'onn J'onzz
I is for Iron Man
H is for the Human Bullet
G is for Green Lantern
F is for the Flash
E is for Events
D is for Dr. Fate
C is for Captain America
B is for Batman
A is for The Avengers
Posted by Matt Adams at 8:00 AM