I'm a bit of a superhero fan.

In fact, my first novel is nothing but tights & flights and capes & cowls. I'd like to make a distinction here, too. I like comic books, but I'm not necessarily a comic book fan. For instance, I love the idea of The New 52, but I haven't picked up a single one of the comics.

What I am, however, is a superhero fan. I love the larger-than-life personas, be they super Boy Scout-y or depressingly masochistic. I enjoy both the hopeful and the hopeless, though I lean more toward the former than the latter. I have watched a lot of superhero movies...too many, really...but today I let you in on my greatest shame.

Five Superhero Movies I Shouldn't Like (But Do Anyway) 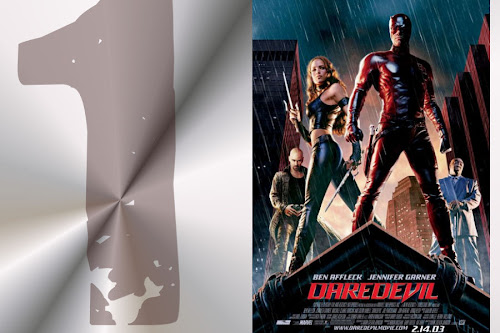 Why It's Terrible: Ben Affleck. Ben Affleck's costume. The theatrical cut was choppy. Evanescence was EVERYWHERE.

Why I'm Still Watching: Bullseye was fun (especially the "House of Pain" intro music). Jennifer Garner looked great. We got some Jon Favreau. We were treated to a cameo from Jack Parkman (David Keith) as Matt Murdock's dad. Some of the effects are kind of neat, although they ended up trying to out-CGI the Spider-Man movies. Joe "Guy Who's in Everything" Pantoliano made an appearance. 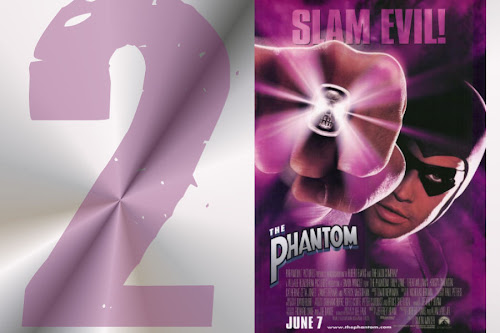 Why It's Terrible: This is a cornball movie full of pure, unadulterated hokum. The characters are flat, the villains weak, the storyline kind of lame, the design somewhat uninspired. And at the end of the movie, our hero rides a horse. In the jungle.

Why I'm Still Watching: Hey, Billy Zane's a cool dude. What The Phantom lacked in polish, it made up for in pure, pulpy fun. They even threw in a before-she-was-famous Catherine Zeta-Jones as the bad girl with a heart of gold. I like Billy Zane in this movie, Sgt. Aguado from Ace Ventura has a fun turn as the Phantom's cabbie, and Treat Williams is over-the-top AWESOME as Xander Drax ("Begins and ends with the letter X"). I like the interplay between Billy Zane and Patrick McGoohan. 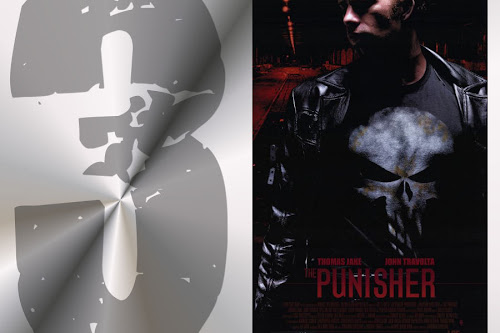 Why It's Terrible: John Travolta. Setting a Punisher story in sunny Florida. The fat guy...okay...actually the whole "Punisher finds a surrogate family" subplot.

Why I'm Still Watching: I like Thomas Jane and his "Wild Turkey Breakfasts." I really liked the main title theme. Roy Scheider knifes a man to death. The "torture" scene with Livingston Dell (Eddie Jemison) was a nice touch. There's a big, fiery skull at the end. Oh...oh...and there's no Dolph Lundgren saying things like, "I still talk to God sometimes, I ask him if what I'm doing is right or wrong, I'm still waiting for an answer." 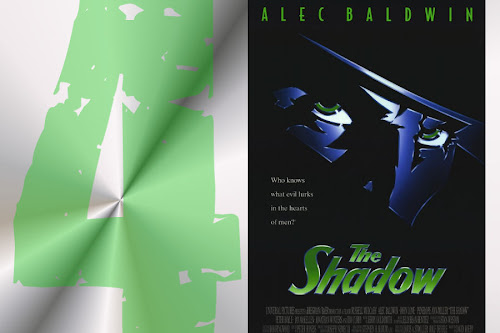 Why It's Terrible: Well, it starts with Alec Baldwin as an opium warlord (this reminds me of the Seinfeld episode in which J. Peterman is the only "white poet warlord in the neighborhood"). There's an ill-tempered dagger that bites your hand. Penelope Ann Miller is especially annoying. Tonally, the movie is all over the place. 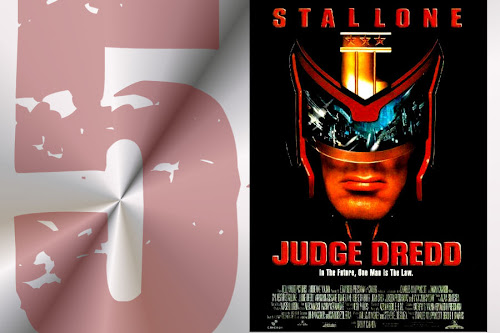 Why It's Terrible: Rob Schneider. Comic book purists get in a tizzy because Dredd dares take off his helmet. Someone actually spent a lot of money to make this movie. I liked it the first time, when it was called Demolition Man.

Why I'm Still Watching: Even though I'd like to punch Rob Scheider in the face, his Stallone impression is funny. I have fond memories of this movie because I once remarked that the future would have a cleaner cloning process than the one in the movie, prompting a stunned friend to yell, "That's what you have a problem with? What about the rest of the movie?"

And, of course, Armand Assante. "LAAAAAAAAW?"