O is for Origin Story. 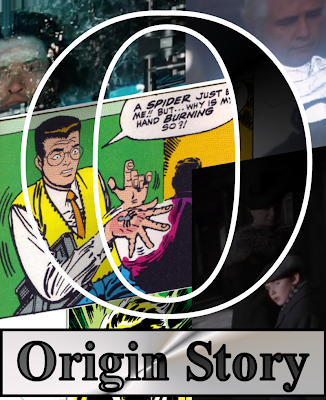 Every journey has a beginning, they say, and superheroes are no different. We want to know how heroes got where they are, what compelled them to wage war on crime, and the circumstances leading to their incredible powers. All these little threads weave together to create an interesting hero (or at least we hope so).

The origin story has become such an integral part of comic book adaptations that nearly every comic book movie includes the origin story. Superman did it. Batman (1989) did it (and Bats did it again with Batman Begins). Spider-Man, Green Lantern, Fantastic Four, and Captain America were also origin stories.

There's a reason for this, of course. Part of it is because studios feel that audiences who aren't familiar with a certain character need to find out how that hero came to be. The other reason is that superheroes have some great origin stories.

Tomorrow: An antihero still looking for a credible movie adaptation.

N is for Nite Owl
M is for Metropolis
L is for Lois Lane
K is for Kal-El
J is for J'onn J'onzz
I is for Iron Man
H is for the Human Bullet
G is for Green Lantern
F is for the Flash
E is for Events
D is for Dr. Fate
C is for Captain America
B is for Batman
A is for The Avengers
Posted by Matt Adams at 8:00 AM