Q is for the Question. 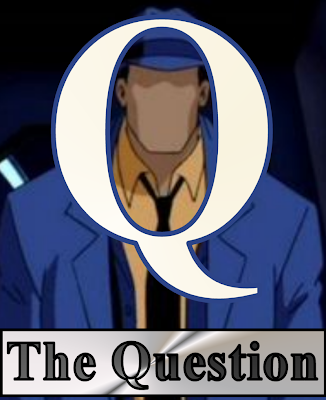 The Question is a DC Comics character who got his start with Charlton Comics. In comic lore, he was famously one of the characters DC bought from fledgling Charlton in the 1980s (other acquisitions included Blue Beetle, Nightshade, Captain Atom, Peacemaker, and Thunderbolt). DC left it up to Alan Moore to direct the future of the heroes...he subsequently turned in an idea for an epic limited series in which some of the characters died.

DC wasn't a big fan of having its new acquisitions scuttled in such a quick and spectacular fashion, so Moore "reimagined" the Charlton Characters into the Watchmen characters we know today: Rorschach, Dr. Manhattan, Nite Owl, Silk Spectre, the Comedian, and Ozymandias.

The Question was an uncompromising vigilante who hid his identity with a faceless mask. He wore a trench coat and fedora to launch his campaign against evil. It seems, though, that the Question was more about fighting political intrigue than random thugs in the streets. The character's fingerprints are all over Rorschach; the fedora, the coat, the sense of facelessness, uncompromising political views. 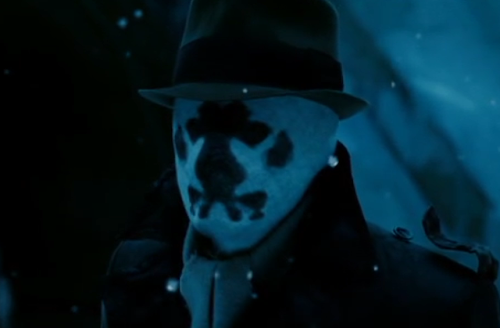 Tomorrow: One thing Batman has that Superman doesn't. Unless you count Jimmy Olsen.

P is for The Punisher
O is for Origin Story
N is for Nite Owl
M is for Metropolis
L is for Lois Lane
K is for Kal-El
J is for J'onn J'onzz
I is for Iron Man
H is for the Human Bullet
G is for Green Lantern
F is for the Flash
E is for Events
D is for Dr. Fate
C is for Captain America
B is for Batman
A is for The Avengers
By Matt Adams at February 08, 2012