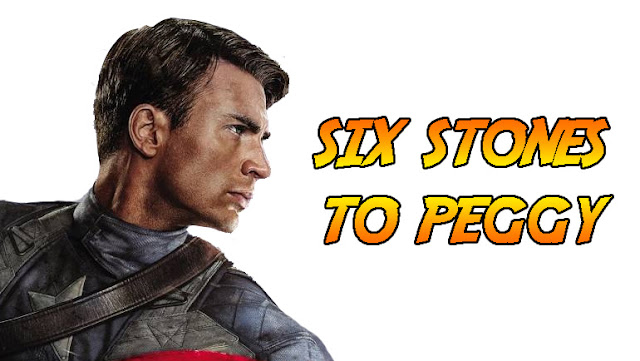 Bucky was right, Steve Rogers mused, he was taking all the stupid with him.

But Bucky would understand. He always did.

Well, maybe not so much.

But, in time, maybe.

He was sick of thinking about time. Talking about it. Scott Lang’s idea for the “Time Heist”—it still sounded so stupid—shouldn’t have worked, but Bruce and Tony figured it out. They brought everyone back. They beat Thanos.

They used time to do it.

Thanos had taken so much from the world, and from them. First, half the universe. After that, Nat. Tony.

He allowed a slight smile as he thought about Nat.

Black Widow was the best of them, even though she never thought of herself that way. Most people looked at Steve Rogers and saw the perfect soldier with perfect manners and perfect teeth. She saw the flaws and challenged him to be an even better version of himself.

The world owed as much to Nat as it owed anyone else.

Thor had a hammer, Tony had a suit of armor, and Hulk had the strength to casually toss a house halfway around the world.

But Nat and Clint didn’t have any of those advantages. They survived through wits and courage, always dependent on a special bond forged in the battlefield. As much as Steve didn’t understand monsters and magic, he understood that type of bond. He shared it with Bucky and the Howling Commandos, and with Nat and Sam after the Sokovia Accords, when they traveled the world to stomp out the stubborn remnants of Hydra.

But Nat was gone now. A soul for a soul, as Clint explained it. She gave her soul to Vormir, and Vormir gave up the Soul Stone in return. He couldn’t imagine Clint’s pain; Hawkeye would’ve gladly given himself up so the world could go on with Natasha Romanoff at the helm.

She wasn’t the only fallen Avenger.

Steve remembered standing face-to-face with Tony—he thought of him only as “Stark” back then—on Fury’s Helicarrier, telling him he was just a “man in a suit.” He knew guys with none of Stark’s wealth or genius worth ten of him. He told him that, straight and true, like he always did.

Steve thought himself a good judge of character, but his judgment lacked something back then. He hadn’t been out of the ice that long. They never really saw eye to eye on things, but fate brought them together and they managed to smooth things out, at least until Zemo broke them.

Bucky was always his weak point. What if they’d worked things out before Thanos? Would the Avengers have stood together to defeat him the first time?

In the end, Tony made the sacrifice play. He brought back the kid and everyone else, but he left his daughter and Pepper behind. Rhodey and Happy. The Avengers. Everyone else.

He was Iron Man.

Steve underestimated Tony because Tony overestimated himself. He was a “genius billionaire playboy philanthropist” who wore his feelings and vanity on his sleeve. Steve didn’t think to dig deeper, and he should have.

The wizard guy—Strange—told him later that there was only one way to beat Thanos and bring everyone back. That one way, Steve realized, required Tony’s genius and his sacrifice. Strange knew it because he saw it—one of the many things Steve didn’t fully comprehend about the superpowered world he lived in—and Strange couldn’t say a damn thing to Tony because it could’ve meant defeat.

In the end, Tony Stark had a heart.

That was something Steve hadn’t had in a long, long time.

He had a chance to change that, to live the kind of life Tony talked about it.

Only a few tasks remained.