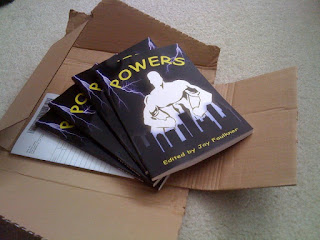 The Powers Anthology is now available on Amazon.com!

You can also find it at the Pill Hill Press website.

Powers contains 17 superheroic tales from writers of all different backgrounds. Some will break your heart, some will thrill you, and one will likely make you wonder why the author isn't considering a different direction for his career (that would be the author of "The Stuntman" on page 123).

Here's a quick summary of my contribution:

Thrilled that Hollywood plans to make a movie about his life as the Amazing Marvel, Stan Kirkpatrick presses his agent to land him the starring role. But the producers have a different idea, hiring a rising, hot-shot star, and relegating Stan to the role of indestructible stuntman. 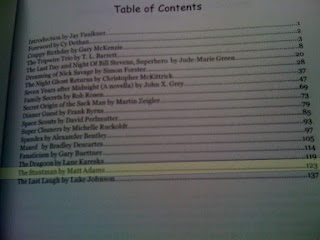 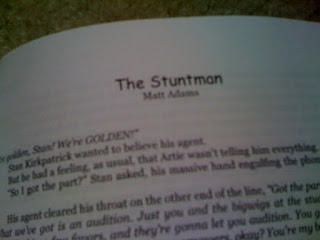 Merry Christmas from The Tick!

I have a notebook where I keep a lot of story ideas. It's full of things like outlines for books I've been writing, concepts for short stories, character biographies, and a few other odds and ends.

This notebook also contains some inane crap--like statistics for the Fake Purdue Boilermakers that I used to (seriously) write newspaper-length stories about, complete with pictures and sometimes video clips (again, seriously).

But I realized something the other day when I was flipping through the notebook. It's actually from high school. It contains a few aborted attempts at homework assignments, an unfinished journal entry or two, and some random scribblings from my ill-spent youth.

One particular stretch of light pencil scratches needed to be preserved and shared with the masses. It involves my reworking of "The Night Before Christmas" adjusted for the cartoon show "The Tick." I know...it's weird (though perhaps not as weird as writing about a video game football team AT LENGTH -- see here and here).

"The Tick" was a fantastic, early/mid-90s cartoon on Fox. It followed the adventures of a doofy, moronic, well-intentioned, and nigh-invulnerable superhero named the Tick. Along with his sidekick Arthur, the Tick fought evil and usually won. The show poked fun at almost every imaginable superhero cliche and I absolutely loved it. One of my high school buddies and I (you know who you are) were OBSESSED with the show.

And so that obsession turned into the following shoddy verses of rhyme. For the first time in more than a decade, I present to you: The Tick's Night Before Christmas. 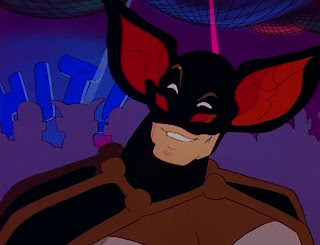 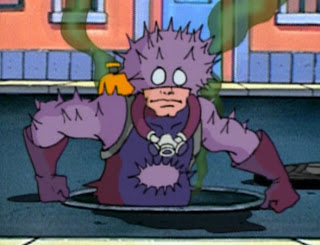 With a big rider
So blue and so thick
I realized that moment
It’s my friend, the Tick!

“We’re bringing justice
To each house and each hall”
And then Arthur whimpered
“We’re gonna fall!” 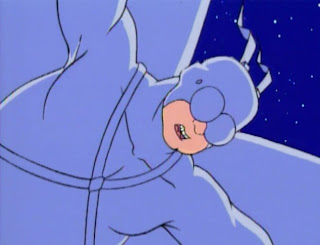 Their strange engine of justice
Came to a stop
Then hit the ground
With a thunderous PLOP!

His azure streak
Flew ‘round the pole
To which Arthur exclaimed
“Watch out! The manhole!”

He was dressed all in blue
From antenna to feet
His blueberry tights
Form-fitting, not quite indiscreet 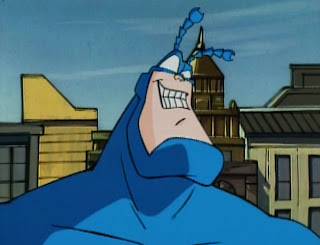 Tall, blue, and strong
Far from an elf
I laughed when I saw him
In spite of my self 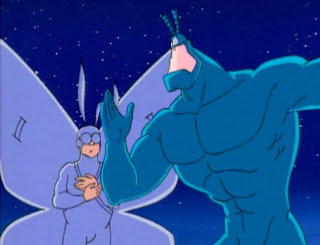 They rose into the twilight
Past the Chairface-marred moon
“Merry Christmas!” he thundered
“And to all I say SPOON!” 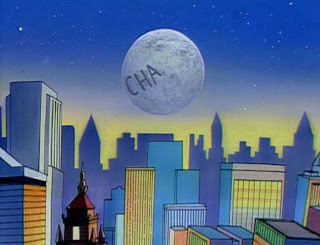 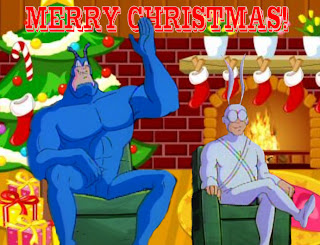 Email ThisBlogThis!Share to TwitterShare to FacebookShare to Pinterest
Labels: christmas quotes, ghosts of christmas past, the tick 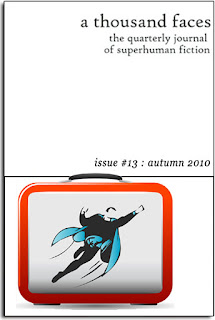 Three other short stories of mine have been accepted for publication. One is due out very soon in an upcoming issue of "This Mutant Life," another is due out next year in another edition of "A Thousand Faces," and a third has just been accepted for an anthology of superhero stories due out...well...I'm guessing next year.
By Matt Adams at December 09, 2010

Walken in a Winter Wonderland

Love and cherish Christopher Walken. The man will do anything, and that makes him awesome.
By Matt Adams at October 29, 2010