Parallel Lives: The Appeal of a Multiverse

I don't remember exactly when I became obsessed with the idea of a multiverse, but I'm definitely a big fan.

A multiverse is a collection of infinite/parallel realities. For instance, in one parallel universe I chose to blog about a different writing topic. In another, I'm a sports broadcaster who lives in Chicago. In yet another alternate reality, I'm a super spy who just stole a bunch of commie secrets from the thriving Soviet Union. Perhaps I actually am a superhero in one of them. All possibilities exist within the realms of the multiverse.

It's a minor spoiler that my book I, Crimsonstreak touches upon the idea of parallel realities. I've been fascinated with the idea for a long time, and many of my stories include this concept. Obviously, I didn't create this idea on my own. Several different TV shows, movies, and stories helped cultivate this interest.

What follows are some of my favorites. Bear in mind that this list is by no means intended to be all inclusive, nor is it a "best of" list. 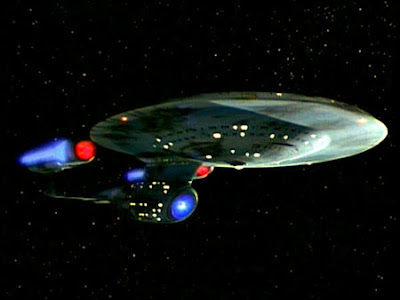 Star Trek: The Next Generation, "Yesterday's Enterprise." This is both a time travel story and an alternate universe one. The Enterprise-C ends up going through a time rift, an act that alters the path of Federation history. The ship had been destroyed on a mercy mission that improved relations with the Klingons. When the ship went through the rift, the timeline was altered. Since the Enterprise-C never assisted the Klingons, the Federation and Klingon Empire are embroiled in a never-ending war...and it isn't going well for the Federation. Changes include a more severe, militaristic version of the Starfleet uniform, a darker Enterprise-D bridge, and the reemergence of Tasha Yar, who had died earlier in the series.

The captain of the Enterprise-C wants to help the Federation win the war, but Captain Picard reveals that the Klingons are winning. The crew of the wayward vessel decides to go back through the rift, the hope being that it will complete its original mission and prevent the war from ever beginning. Tasha Yar, who feels out of place on the Enterprise-D, decides to join the crew of the other vessel.

This is a fantastic episode of ST:TNG and one of my favorites. Bonus points for an appearance by Shooter McGavin himself, Christopher McDonald. 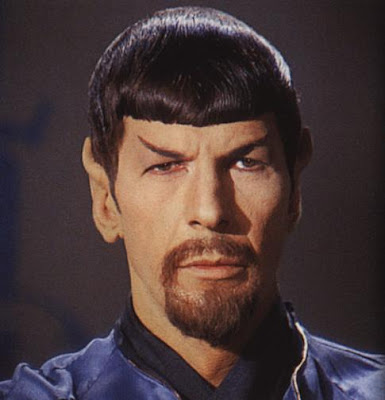 Star Trek, "Mirror, Mirror." A fun episode of TOS that involves Spock with a goatee and a murderous Captain Kirk. In this alternate reality, the United Federation of Planets never developed; instead, it's the ever-expanding, ever-evil Terran Empire, an organization dedicated to ruling the universe. Officers are encouraged to get promoted by assassinating their superiors, prisoners are ruthlessly tortured in the Agony Booth, and concepts like freedom aren't exactly at the top of the list.

Our intrepid Enterprise crew gets beamed aboard the alternate-universe ship thanks to an ion storm. They realize they're in the wrong place, of course, when they see that Spock has a goatee. Thanks to this episode, we now know that anyone with a goatee is evil. 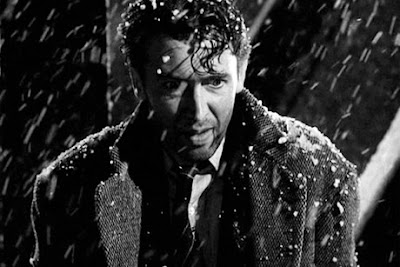 It's a Wonderful Life. Hardworking everyman George Bailey is at his wits' end after his uncle misplaces an important deposit at the bank. Desperately short on cash and accused of bank fraud, George makes a wish that he was never born. Thanks to the unorthodox methods of an angel named Clarence, George gets an incredible gift: the chance to see what the world would be like if he were never born.

One man's life touches so many, he realizes, after discovering that the town pharmacist is a lousy drunk. When George was a boy, the pharmacist mixed up a deadly prescription. George realized it and never delivered the medicine. However, since George wasn't born, he never stopped that from happening, so the medicine poisoned a kid. The love of George's life becomes an old maid, having never found anyone to love. The Bailey Building and Loan went under after George's father died because George wasn't there to take over. It opened the door for the Evilest Man Ever (Mr. Potter) to take over all of Bedford Falls (make that Pottersville!). In addition, George's brother Harry--a war hero for saving transport full of soldiers--never became a war hero in the alternate timeline. As a boy, Harry fell into a frozen lake, but George saved him. With no George, Harry died...and with no Harry, the transport wasn't saved.

In the end, George realizes he had a wonderful life despite the problem with the missing deposit, and asks Clarence to let him live again. 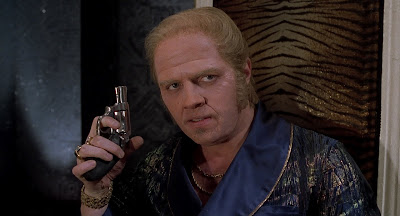 Back to the Future: Part II. When Biff Tannen gets his hands on a sports almanac from the future, it creates an alternate reality in which Tannen is one of the world's most powerful scumbuckets and Marty McFly is his stepson. This is a brutal alternate reality...and embodies all the warnings from Doc Brown about the dangers of messing with the timeline. 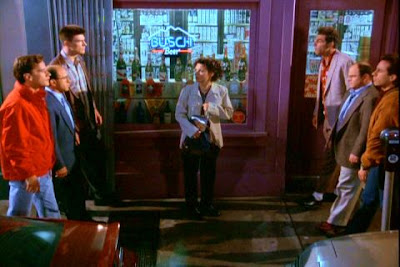 Seinfeld, "The Bizarro Jerry." This isn't an actual slipstream universe (although it comes close!), but in this episode, Elaine falls in with a group of friends resembling "good" versions of Jerry, George, and Kramer (Kevin, Gene, and Feldman). This doesn't involve any kind of supernatural, universe-bending phenomenon, but it plays on the "what if" themes often seen in alternate reality/multiverse stories. Plus, it introduced us all to the phrase "man hands!" 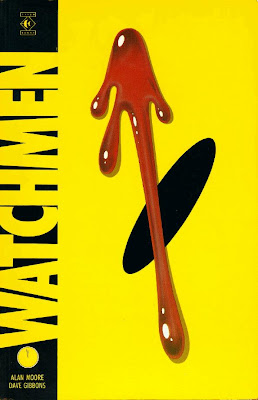 Watchmen. In this bleak graphic novel, we are plunged into an alternate 1980s in which superheroes have existed for several years. However, something called the "Keene Act" has outlawed masked heroes. Most of the heroes have decided to hang up their capes and masks in response. The story gives us a few interesting nuggets related to our history (Nixon is still president, for example), but Watchmen also hits readers with a rich alternate history about masked avengers and superheroes. It's an interesting take on superhero conventions and how a few strange "tweaks" in history could've changed our world. 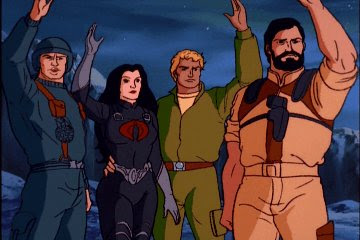 G.I. Joe, "Worlds Without End." This may have been the first (or at least one of the first) alternate reality stories I ever saw. In this one, several G.I. Joes (including seldom used members Grunt, Clutch, and Steeler) travel to an alternate reality where Cobra rules the world and G.I. Joe has disbanded. With no one to stop Cobra, the organization has finally succeeded in taking over the world. We find out the Baroness was in love with Steeler, who (like Grunt and Clutch) has been dead for years. The Joes eventually find a way back to their own reality, but Clutch, Steeler, and Grunt elect to stay behind in order to start a revolution to overthrow Cobra. 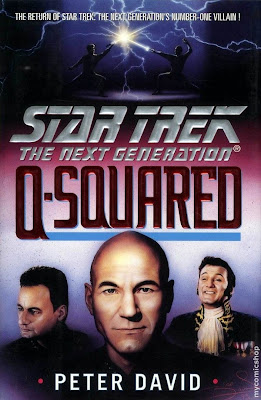 Star Trek: Q Squared. This is a crazy book. Really. It's the third Star Trek entry on this list, but the franchise uses the concept of alternate realities/multiverse a lot. In this Peter David novel, original series villain Trelane is revealed to be a member of the Q Continuum. He goes crazy and basically toys around with three different parallel universes. Eventually, they all begin to bleed into each other with insane results. It's been a while since I've read this one, but it really stuck with me. 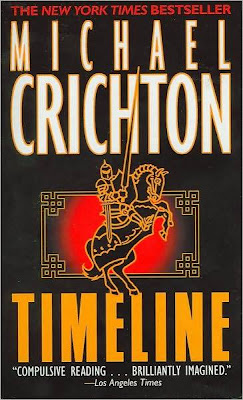 Timeline. I couldn't create a list of influential works without including something from Michael Crichton, one of my favorite authors. Timeline is a solid Crichton adventure that takes a group to medieval times. It's a time travel story, but Crichton basically "faxes" the protagonists to a parallel earth where time is moving at a different clip, allowing them to travel back to a medieval period. 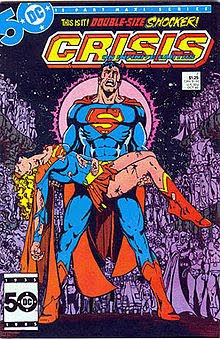 Crisis on Infinite Earths. One of the most important "event" comics in history, Crisis on Infinite Earths was the DC Universe's attempt to cut down on decades of convoluted character continuity. I'm not going to summarize the story because way too much happens, but a lot of heroes and villains die as DC tried to distill its history into a more palatable form. You get a lot of "Superman of Earth-Two" and "Superboy of Earth Prime" and that sort of thing.