Star Wars ABC's - The Letter U

For Wednesday, oink it up with the letter "U."

U is for Ugnaughts. 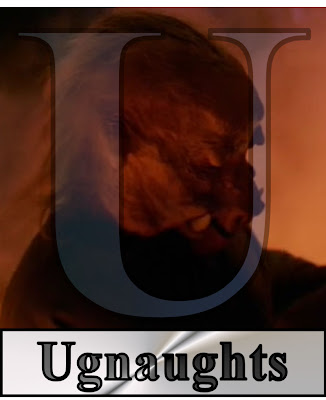 You're Lando Calrissian, ladies man and Colt 45 spokesman. A card player, gambler, scoundrel--you'd like him. You just won this Tibanna gas mine in a game of sabacc, and you need people to work for you.

What do you do?

Ugnaughts are the cable installers of the Star Wars world, the auto mechanics and utility workers and plumbers. I imagine Ugnaughts getting together on Sunday (or whatever they call it on Bespin) and sitting down to watch football together. They'd probably all have fantasy football teams, too. I bet Ugnaughts would know better than to select a kicker in the first round of their fantasy draft.

Sure, the little cretins nearly incinerated C-3PO and were instrumental in making sure Han Solo was "alive and in perfect hibernation," but they were just doing their jobs.

Because that's what Ugnaughts do.