Today, we celebrate the letter "G!"

G is for Galactic Empire. 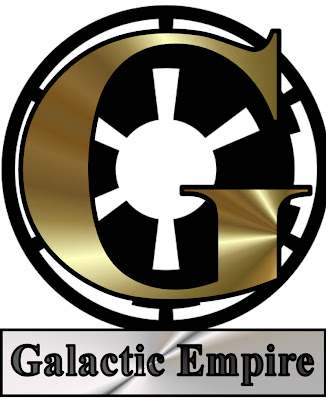 I could've filed this under E for "EVIL" Galactic Empire (or simply "Empire"), but we'll relegate it to the "official" name.

The Galactic Empire is monolithic, seemingly made to last for infinite years, seemingly built to control everything.

Of course, these things never last.

Thus, overly ambitious in its design and execution, the Galactic Empire was too big to rule, while the Emperor and his minions thought it was simply "too big to fail."

A big failure, instead.