An idea, frankly, is just an idea. How many times have you thought it? How many times have I thought it? "I have this idea for a book." Terrific. Really. I'm very proud of you. Me. Us. Editors don't really care. Agents don't either. You know why? An idea isn't a manuscript. They can't sell, revise, or market an idea. They can, however, do those things with a manuscript. So write it.

Writing is revising. Revising is writing. You've toiled for months--maybe even years--to complete that ever-elusive first draft. Now you're ready to publish it! Right? Right? (maniacal laughter) No. You need to put that manuscript away for a few weeks or a month, get it out of your "mindspace" and come back to it. You'll be able to turn it into Swiss cheese, see the flaws, and make it better. After that, give it to other people to read. Let them rip it to shreds make suggestions and then revise it again. Even after a publisher/agent accepts your book, more revisions are in your future. The Writing. Never. Stops. 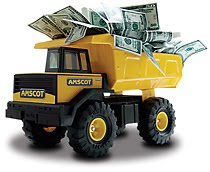 One book contract, and you're set for life. I recently decided to make a career change because my job drove me insane. A lot of people thought I did it because I have a book coming out. I'm not finished working a day job, folks. A common misconception is that getting a book published = big trucks full of money backing into your driveway. That's not how it works. In order to make money writing, you have to sell books. I haven't sold a single book yet, thus I haven't seen any writing money yet.

Everyone gets an advance. No, they don't. Publishing has imploded over the last few years thanks to the struggling economy and uncertainty surrounding ebooks. Publishers are stingier than ever when it comes handing out big-money advances, which are the exception and not the norm. Depending on what you read, the average advance ranges between $5,000 and $10,000, although that's the norm from a few years ago. The number is probably on the lower side of that. If you go with a small press (as I did), you won't get an advance at all (the tradeoff is higher royalties on print/electronic editions, although you don't have to pay for editing, typesetting, book cover, etc.). If you self-publish, you'll make money off your sales, but may have expenses of your own to account for such as cover art, editorial services, etc.

"The publisher will take care of it." The publisher takes care of a lot, believe me. Cover design, typesetting, promotion, marketing, and editing are just a few things I've had help with. However, in order for my book to be a success, it's going to take more than just Candlemark & Gleam helping me polish it and send it out to the world. As an author, you're going to have to do some of your own promotion. You'll probably want to establish some kind of online presence (social media, website, etc.). You may have to call/email stores/bloggers to arrange signings and/or guest posts. "Writing," it seems, isn't simply "writing" these days. Just FYI.

You have to have an agent. Listen, agents can be very helpful. I know that. Early in my writing career, I thought I absolutely needed one. There was no way to get published otherwise. Query letters sent. Rejection. Rejection. Rejection. I didn't know what I was doing. My query letter stunk. It was awful. Come to think of it, so was the book. I went back, worked very hard on it, and met my publisher on Twitter. It's been wonderful. Going through the book contract was intimidating, yes, but I managed not to sign away my firstborn. I did the deal without an agent, which is fine if you're working with a small press. 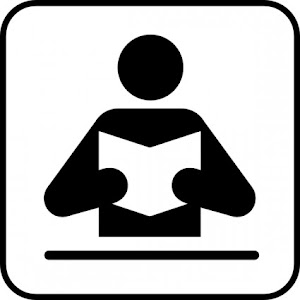 Become a constant reader. I read a lot in high school. Less so in college. A little more after graduating, but not enough. The Kindle has really helped here with the ease of accessing new books. Writers need to read to see the techniques other authors use. It helps you stay up on current trends and learn about your genre. I failed to do this earlier in my writing career, and I think I suffered for it. I don't mean you have to read three books a week, but keep your mind sharp; it will help with your writing.

Become a constant writer. The old "2,000 words a day" method is hard for me to stick to. I have other commitments, and sometimes I'm lucky to put down a few hundred words. You have to commit to sitting in front of the computer (or holding that trusty notebook) for a certain time each day. Maybe it's just a blog post or a short journal. Maybe it's three chapters of your book. I don't care what it is. Write, write, write, and then write some more.

Give short fiction a shot. I think I'm probably a novel guy. I like to write long-form stories with several different characters and multiple plot threads (note: I didn't say I was good at it; just that I like to do it that way). My first real attempts at writing included novels. I stepped back for a bit and wrote a bunch of short stories. I really liked this. A short story is a miniature novel; you do the same thing on a much smaller canvas. This is a great place to learn word economy, story structure, and different styles. It's not for everyone...some people are just born to be novelists...but writing a book can be a grind. A short story can be a great breather. 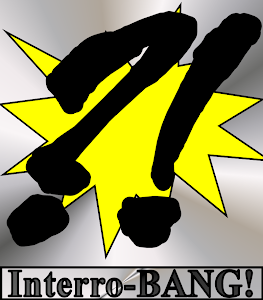