Updates for the Week of November 7

I have received confirmation that the short story anthology Attack of the 50FT Book has received an official reprieve. After being cancelled by Library of the Living Dead Press due to budgetary problems, the good folks at Pill Hill Press (the same place that published my short story "And the World Stopped") have decided to take on the anthology. A few of the authors dropped out, but the majority will stay the course and see their short stories published. Bravo!

Another anthology, Beta City, remains in flux, My story is short-listed on that one and stands a good chance of making it in. The antho, however, was a casualty of the purge at Library of the Living Dead. I know the editor is shopping the anthology around and hoping someone will publish it. Let's hope we find someone...and that my short story makes the final cut.

I just finished A Clash of Kings, Book 2 in the Song of Ice and Fire series. I now have to tackle A Storm of Swords, which is a couple hundred pages longer. I have until November 24th before the library Kindle lending period ends. So, um, good luck with that.

Oh, and my Colts are officially the worst team in the NFL, thanks to our hapless 0-9 record. Since I am a dull-minded fellow, I will keep watching, though I will be using this a lot: 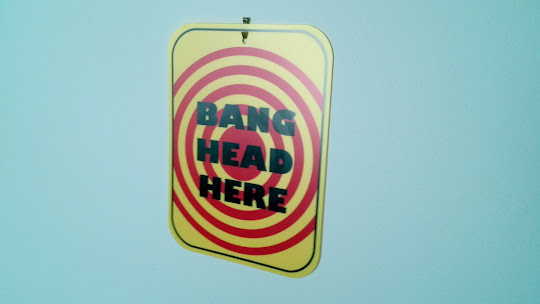 *Not the actual title, I promise
Posted by Matt Adams at 1:58 AM