A few things about revisions

I have received editorial notes before for short stories, but nothing quite as intimidating as Ye Olde Professionally Edited Manuscript.

For I, Crimsonstreak, real people who actually know what they're doing have taken a look at the manuscript and judged every single part of it. They've added words, deleted words, played around with the order of dialogue, and questioned the wisdom of certain plot points. They've suggested altering the timeline, clarified certain ambiguities, and made it plainly clear that the supplemental material in the back of the book wasn't something to be glossed over.

Almost every page has a correction, suggestion, or comment. Rare is the paragraph that remains unchanged because of its utter perfection.

I'll admit something: I was kind of dreading the return of my marked up manuscript. It's not purely vanity (although I won't discount that entirely). Instead, it's the overall feeling that I may have screwed up my entire story. That I couldn't pull off a clean, plot hole-free, perfect novel.

I mean, I've already done revisions. For weeks and weeks and weeks, I ate I, Crimsonstreak for breakfast, lunch, and dinner. Sometimes I had it for second breakfast. Elevensies. Dinner. Supper. You get the point. I wasn't looking forward to returning to that world again.

Do editors know about second breakfast?
The book was finished, right?

Of course it wasn't!

Listen, writing a book is a grind. I just finished the first draft of a new Crimsonstreak project. Some 87,000 words in just about a hundred days (what does that look like? Here's your visual). Crimsonstreak 2: Crimsonstreakier is nowhere near complete. I have gigantic holes to fill in the manuscript, both plot wise and structurally. I have characters who magically reappear and disappear. I have a convoluted ending that may or may not make sense.

Please understand something. If you're a beginning writer or a person who thinks the life of a writer is this glorious, triumphant world full of ponies (that's for you, Susan Jane Bigelow), you need to know something.

It never has been.

It never will be.

A good editor will help you get it close. Sure, your manuscript may fly too close to the sun on wings of pastrami, but it will soar. That's the point.

You can't do it yourself. You need someone to help take your manuscript's latent potential and make it drip with authorial awesomesauce.

You'll get by with a little help.
It starts with some beta readers who can tell you various things about your book ranging from "that's pretty cool" to "you know, that's the worst idea I've ever heard and I liked the Dolph Lundgren version of The Punisher and eagerly await Red Scorpion III: Commie Reckoning." 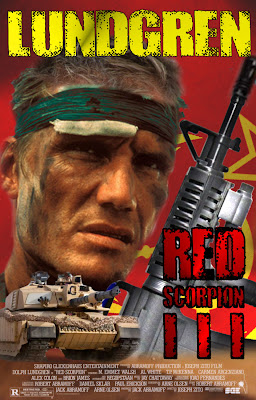 Time to talk about time. This is fairly specific to my book, but I thought I had my timeline all straightened out. However, through several different iterations of the manuscript, things managed to get a little muddled. The very first thing I did when getting my revision notes was to type out a complete timeline of the history of my story's universe. I now have that as a guideline to make sure everything works in sync.

It's not always so obvious. I know my characters. When I close my eyes, I can see their souls, their worldview, what they'd say about the BCS or changes in the Star Wars original trilogy. These things are not so obvious to readers who don't have this omniscient view of your writing world. Thus, something that seems plainly like sarcasm by a certain character may read as a "matter of fact" statement to someone else. If it confuses your editor, you'd better tweak it.

Microsoft Word is evil. Actually, Word is a solid program and one I'm very fond of. However, the "track changes" feature can be a little finicky, especially when it comes to accepting and rejecting changes. There are several points I'm still trying to accept, yet I can't seem to find the magical place to right-click. Perhaps I'm doing it wrong.

The semicolon lives! I take it this varies from editor to editor. However, I ended up striking a bunch of semicolons out of the manuscript after working on a short story with an editor who said semicolons were more appropriate for nonfiction. In my revisions, however, the semicolon made a major comeback. I'm fine with that; I like semicolons. Sometimes, I like them just a little too much. 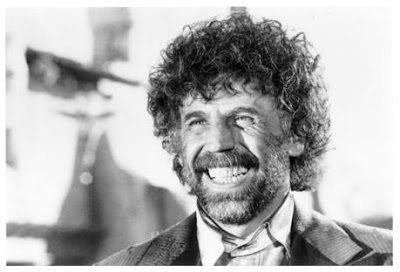 The semicolon is a personal El Guapo.
When a character is the son of another character with the same name, referring to both of them as "Master Warren" probably isn't a good idea. Apparently, this gets confusing.

I could go on...but it's getting late and I still have 373 pages to read over and revise. I'm certain I'll have more to share as I continue.
Posted by Matt Adams at 1:13 AM