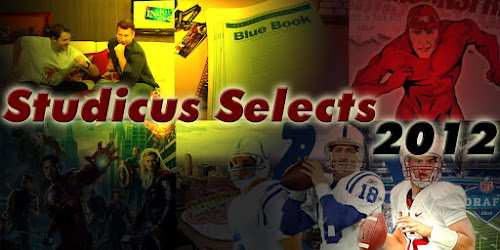 Once, long ago, I posted on the internet as Studicus, a in-joke nickname related to a skit from high school. When I first started blogging, I called my year-end entries "Studicus Selects." The tradition has continued since 2005...although I skipped 2006 for some unknown reason.

You'll find past entries here (scroll down for the 2012 picks):

Coolest Moment, Writing Career: They call it the "George McFly Moment"--when the book you've written shows up on your doorstep. There really is nothing like it. My first book, I, Crimsonstreak, came out in May from Candlemark & Gleam. After starting the book in 2007 (you can read about my journey to publication here), my love letter to superheroes and pop culture finally saw print. It's been a fun ride...and I look forward to more. 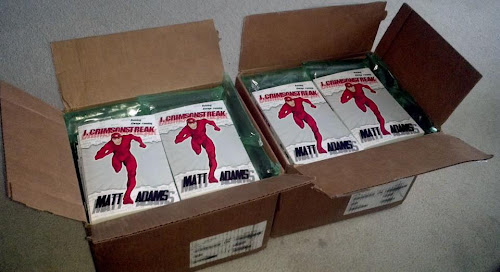 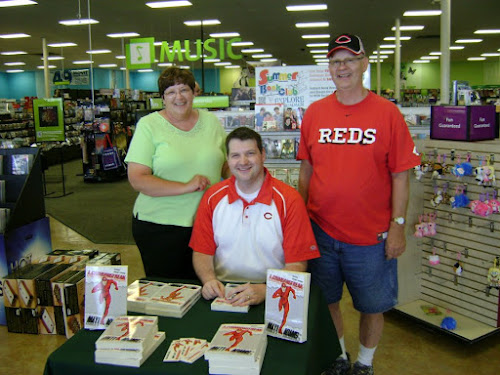 Also fun: Book signing at my hometown bookstore.
Best Crimsonstreaking Moment, Local TV: Friend/mentor/PVC king/TV host/all-around good guy Tracy Forner interviewed me about the book on Indy Style. The appearance was a bunch of fun...and there was Crimsonstreaking. 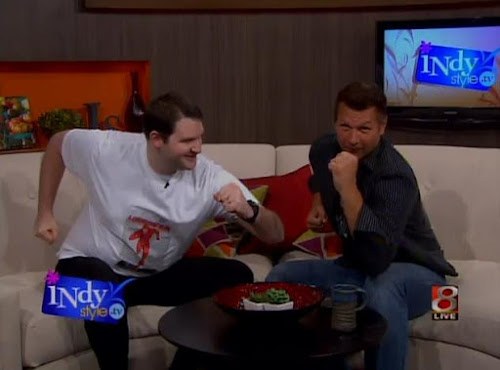 Most Unexpected Development, Professorial: I took an adjunct position at Franklin College to teach a class on Writing for Broadcast News. I had a class of 15 fantastic students who never tied me to a chair or pelted me with spitballs. It took me awhile to feel my way out, but we had a great semester. I especially loved forcing my students to use blue books for their exams. 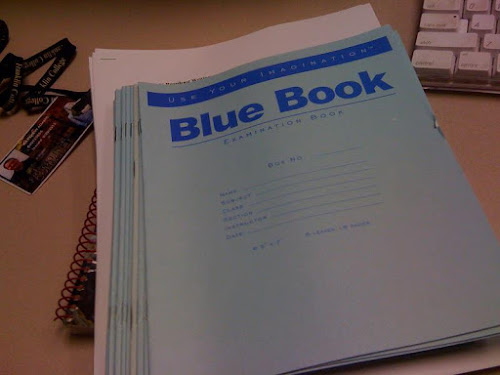 Most Unexpected Development, Major League Baseball Category: Matt Adams got called up to the Big Leagues. Never saw that one coming. 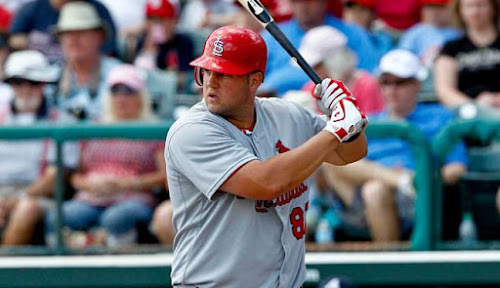 Most Insane Undertaking, Reading Category: Atlas Shrugged. Why am I reading this? I don't know. Will I finish it? I guess so. Could I kill a man with the paperback version? Absolutely. 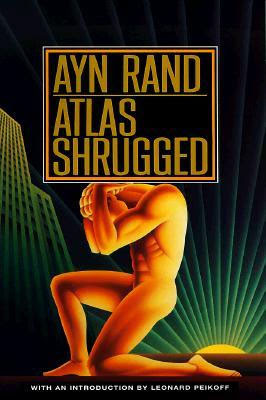 Favorite Summer Movie: The Avengers, hands down. A great mix of action, character, humor, and heart, the movie was everything I hoped it would be. I don't know how Joss Whedon and company managed to pull it all off...but they did. After getting the Blu Ray, I watched it for two weeks straight. Fantastic movie. 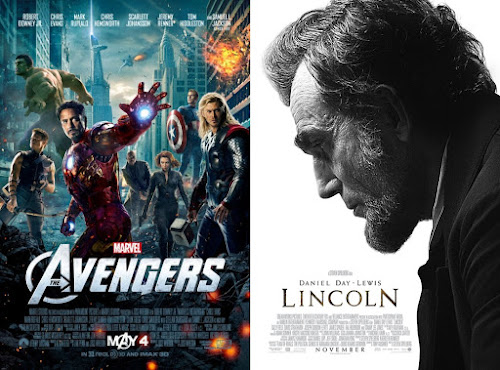 Best Film, Historical: Lincoln. This is a stunning achievement...which is a pretty bold statement considering we're talking about Steven Spielberg and Daniel Day-Lewis, two guys who've won just about every movie-related award ever created. I loved it. A gripping, intimate portrait that turns a legendary figure into a flawed human being. To me, Lincoln's nearly untouchable--a figure who almost approaches demigod status. Here, we see him in his human imperfection...and somehow his legendary status still seems perfect.

Abject Failure, Movie Blogging: Typically, I don't care what people think in their end-of-the-year lists; everyone's entitled to an opinion. Well, everyone except Yahoo! Movies, whose "Best of 2012" list leaves The Avengers AND Lincoln out of its top ten (they're 21 and 19, respectively) and behind films such as Magic Mike, Django Unchained, and Zero Dark Thirty. I'm sure those are fine films, but you get the feeling Django and Zero are on there simply because one's a Tarantino film and the other's by Kathryn Bigelow. And as for Magic Mike...Channing Tatum. Sure. 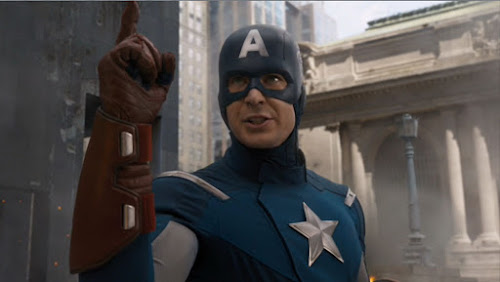 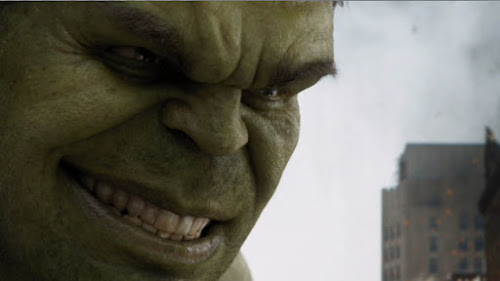 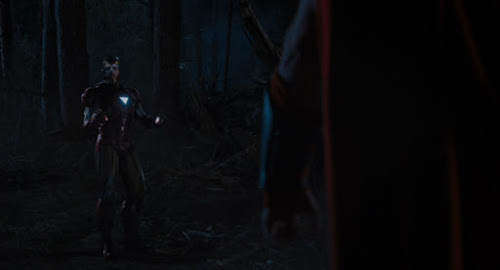 Worst Hit Me Over the Head Moment, Dark Knight Rises Category: Listen, there was no way the third Batman movie was ever going to top The Dark Knight in the eyes of most people. While it surely was a spectacle, I think Christopher Nolan--he of the top is spinning/the top isn't spinning Inception ending--should have refrained from showing a certain image at the end of the film, letting the audience come to their own conclusion instead.

What did Alfred see? The Joker? Bruce? A spinning top? Let the audience fill in the blank.
Favorite New TV Show, Cheesecake Category: Arrow is pure cheesecake with beautiful CW people. The main guy is kind of a psychotic Chris Pine knockoff. Someone occasionally uses a bow. People look longingly at each other a lot. Everyone's rich...except for the guy who lost his trust fund because his dad's evil. Or something. 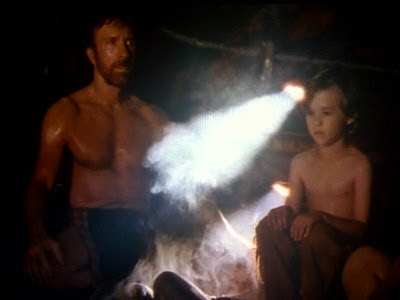 Best Gift, Human Fund Category: My brother-in-law bought the entire family a llama named Ishmael that will serve on a working farm in Peru. He managed to top the "Richard Kimble" trimmer I acquired for him last year ("Kimble: For the Man on the Go"). 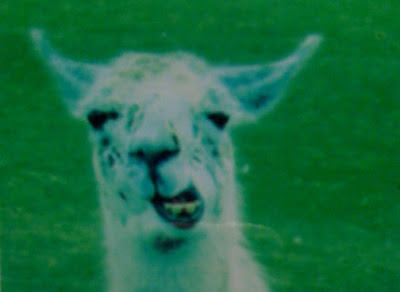 Most Shocking Moment, Corporate Acquisition Category: Remember when Disney owned everything that ever made you smile? Somehow, Yoda will end up using the Force to lift Epcot Center. I know it.

Most Insane Realization, Sports: The Indianapolis Colts, minus their leukemia-stricken coach and with a rookie quarterback surrounded by rookies and people I've never heard of, surrendered 350+ yards rushing to Kansas City yet still managed to win the game and go to the playoffs.

Hardest Goodbye, Sports Legend: We said goodbye to Peyton Manning this year. Some of us didn't handle it well at first. Some of us got nostalgic. Some reminded us that history has a way of repeating itself. Some rewrote the lyrics to "Luck Be a Lady" in hopes that Andrew Luck would be good. And by "some," I mean "me." What a ride that was.

Most Unlikely Year in Sports, Sports: The Colts made the playoffs after a 2-14 season. The Notre Dame Fighting Irish are ranked #1 and in the National Championship Game. The Indiana Hoosiers were ranked #1 before a setback against Butler. The Cincinnati Reds made the playoffs...while Joey Votto missed the stretch run with an injury. No matter how things end, this is one of the most memorable years for my sports teams. Wow.

What's in store for 2013? We'll see a new Crimsonstreak novel, II Crimsonstreak: Subtitle Undetermined but Probably a Bad Running Pun. I'm fairly certain about that. As for the rest of the year...who knows?