You have to see the baby! 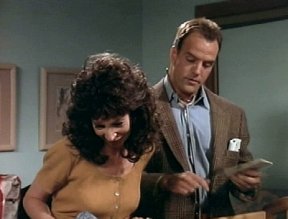 A couple of months ago, I reviewed a book for a gentleman who kindly asked me to do so.

My review was mixed. I'll be honest: I was hard on the guy. Some would say too hard.

This was a self-published work; a pure labor of love. The 603-page behemoth had its ups and downs. I noted several positives about it, but the author had plenty to work on as well. The book needed some major restructuring and revisions. Had the author not asked me to look over it, I would've quit after about 50 pages. Perhaps I should have.

I told him not to give up; I understood the criticism would sting because I've felt the sting myself. I made sure my criticism came from one writer to another; not one person to another. That's the hardest part, I think, about critiquing. Some people wear their characters and words on their sleeves and are aghast anyone would have the nerve to say something negative about their book.

It's like the Seinfeld episode with the ugly baby (the episode is "The Hamptons," by the way).

"You have to see the baby!"

Unfortunately, the baby is ugly. In human terms, when confronted with an ugly baby, it's probably best to smile and nod and go on your merry way. If you're a doctor, call it breathtaking. You hope by the time the kid reaches five years old, he or she isn't so ugly. If the "baby" is ugly at five or six, there's always adolescence. Or college. Or...eventually...plastic surgery.

First drafts are Hampton babies. You want everyone to "look at the baby" and shower you with praise. The fact remains: your writing is stilted, your characters one dimensional, your plot less coherent than Transformers: Revenge of the Fallen.

I've written several times on this blog about the importance of self-editing (the most prominent post here). Self-editing only takes you so far. I'm confident in my writing, sometimes to a fault. I've turned in stories only my eyes have seen...and some of those have been published. However, my beta readers have proven invaluable. They've given me insight into my work I didn't even realize, pointed out inconsistencies, plugged plot holes, and smoothed out some of the rough patches.

In one book, my reader pointed out something so profound, I now have a new working manuscript for that project. A major change to a bland character is really going to help rock this thing out. I wish I could've seen it myself...but I was so close to the book that I was incapable of doing so.

What am I saying?

Well...think of it this way: if you consider your stories to be your babies, don't. Don't coddle them, don't love them, don't shelter them from the bad things out there. Because when someone comes to "see the baby" and doesn't like what they read, your parental instincts will kick in and you'll be incapable of changing a single thing. Learn to see the beauty in your writing, but understand faults do exist. Take the advice as a writer and not as a person.
Posted by Matt Adams at 2:25 AM