An idea night and a little math

I have a deep, dark confession to make.

I haven't written anything story-wise for three nights in a row. Sunday, I spent the day with my wife; Monday, I ended up editing a story; last night, I had an idea night.

I haven't wasted my time and I'm not out of ideas. I simply don't have a story percolating that must be written right now. I've talked about my difficulties with having a set writing schedule (my Writing Process post). If I'm not inspired, it's hard for me to sit in front of the keyboard and write. So, without a "gotta do it" idea in my head, I haven't had the most productive three days in terms of writing.

But that's okay...as long as those three days don't turn into a week or two weeks.

So, last night I decided to have an Idea Night. I grabbed my trusty old high-school era notebook and jotted down a few ideas for some stories. I do this every once in a while; it's creativity in its purest form, a writer's meditative moment. I came up with four reasonably decent ideas for short stories, although there wasn't one that leaped off the page and screamed, "Write me! Write me now!" Still, although I didn't write a single word of a story, I still had writing on my mind. I think that's the most important thing of all.

Still, the thoughts didn't console me. I needed some actual proof. I've had a tremendous burst of creativity since December. And even though I'm waiting to hear back on several projects, I've had a pretty good run over the last two-and-a-half months.

So here's a quick look at my production since December: 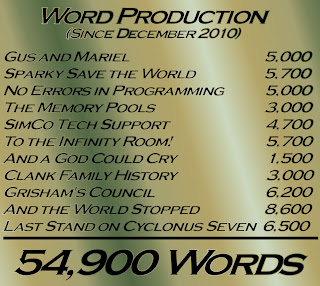 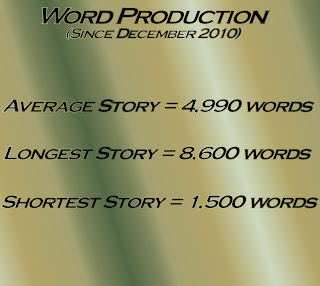 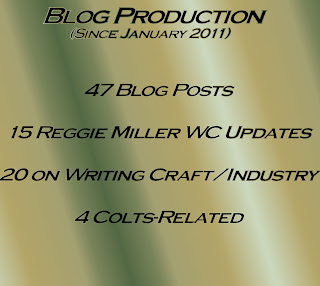 It really has been a productive span. I hope I'll have an inspired idea for tonight so I can post another inane Reggie Miller Writing Continuum update.
Posted by Matt Adams at 12:22 PM