And here it is...the cover for II Crimsonstreak! 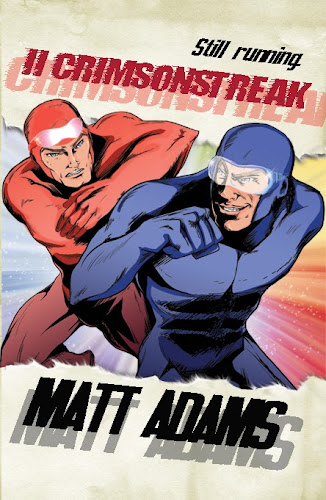 This is from artist Brooke Stephenson, who also did the cover for I, Crimsonstreak. She really outdid herself this time. I mean that, too.

Check out the back cover: 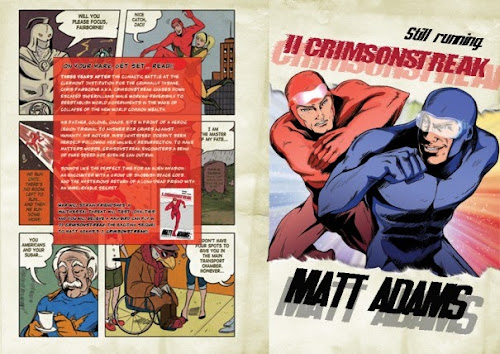 I love the Silver Age comic panels on the back!

Here's the back cover blurb:

Three years after the climactic battle at the Clermont Institution for the Criminally Insane, Chris Fairborne a.k.a. Crimsonstreak chases down escaped supervillains while working feverishly to reestablish world governments in the wake of collapse of the New World Common Wealth.

His father, Colonel Chaos, sits in front of a Heroic Legion tribunal to answer for crimes against humanity. His mother, Miss Lightspeed, doesn’t seem herself following her unlikely resurrection. To make matters worse, Crimsonstreak encounters a being of pure speed not even he can outrun.

Sounds like the perfect time for an alien invasion, an encounter with a group of snobbish space cops, and the mysterious return of a long-dead friend with an unbelievable secret.

War will strain friendships. A multiversal threat will test loyalties. And you will believe a man-bird can fly in II Crimsonstreak.